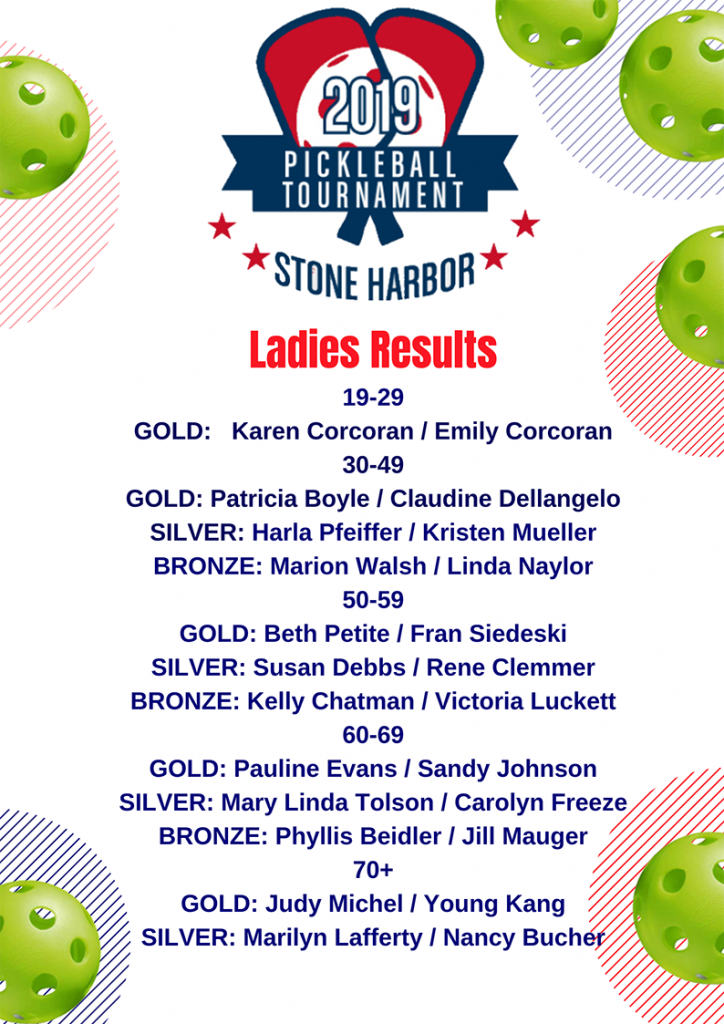 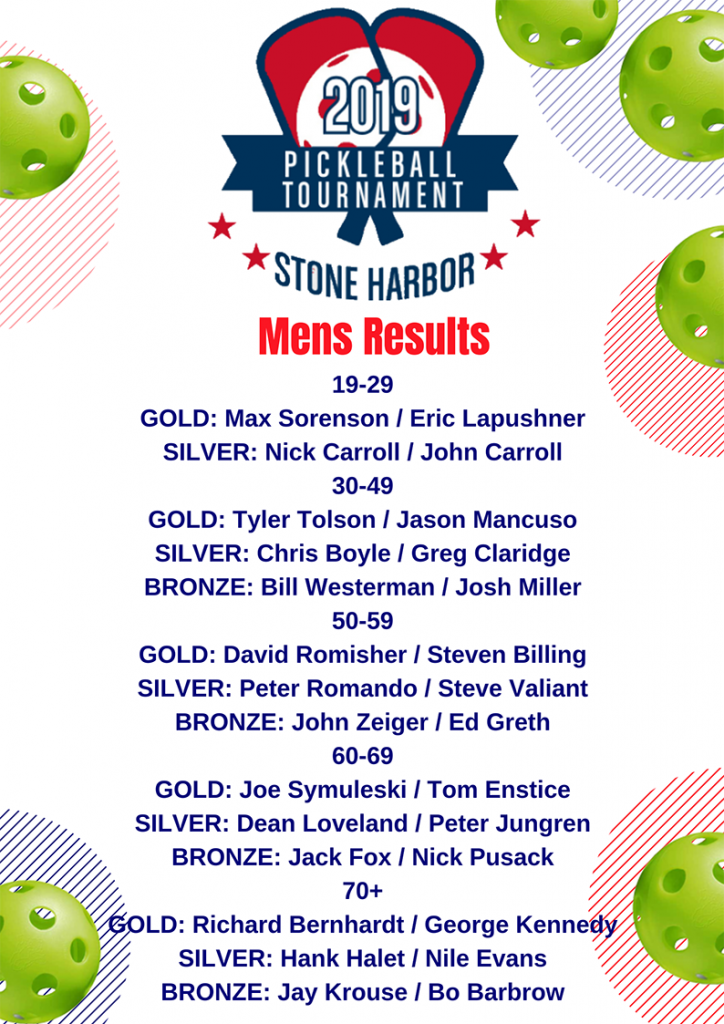 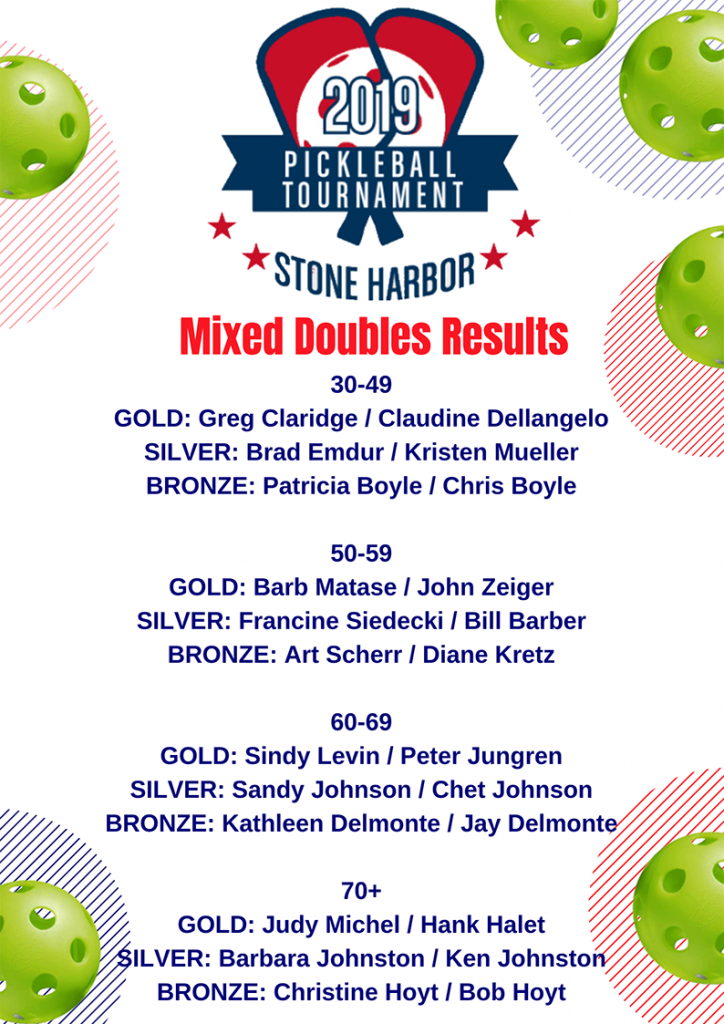 Pickleball Courts are free at this time/first come first serve basis.  If you would like to play with the group the open play hours listed below are extended to Sept. 10th 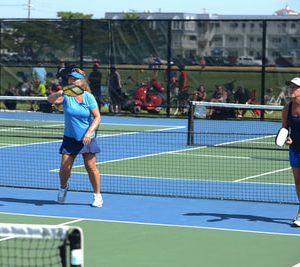 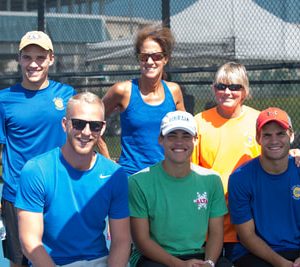 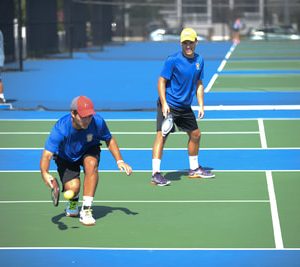 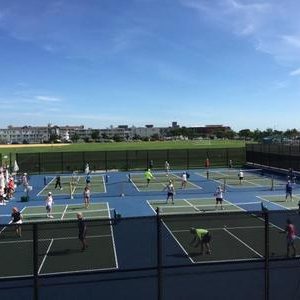 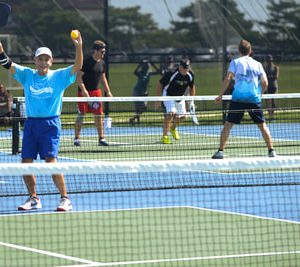 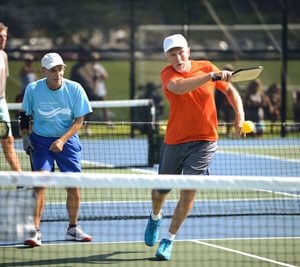 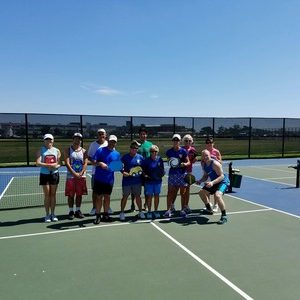 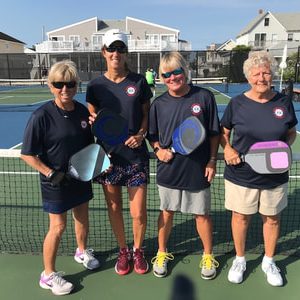 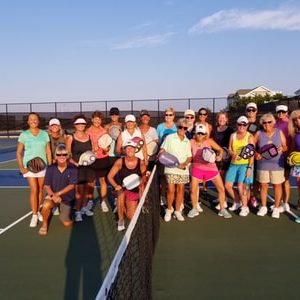 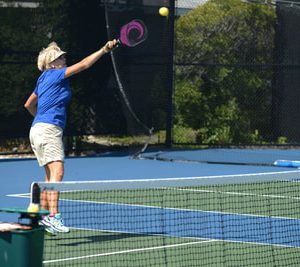 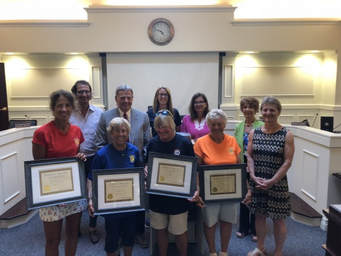 Stone Harbor, NJ – Stone Harbor’s passion for pickleball ignited in the spring of 2014 and shows no signs of being labeled “just another trendy sport.” Pickleball is a paddle sport created for all ages and skill levels that is “growing in leaps and bounds,” exclaimed Stone Harbor Pickleball Coordinator, Kim Jackson. Pickleball combines many elements of tennis, badminton and ping-pong. The rules are simple and the game is easy for beginners to learn, but can develop into a quick, fast-paced, competitive game for experienced players.  The game now coined “the fasted-growing sport in America,” by many notable publications, is played both indoors or outdoors on a badminton-sized court and a slightly modified tennis net with a paddle and a plastic ball with holes. Sounds easy enough right?  Well, not exactly when Stone Harbor Recreation welcomed the numbers it did in 2017. Stone Harbor Recreation welcomed over 3,000 players to their courts in a twelve-week span in 2017; 1,250 of them were introduced to the sport through the Stone Harbor program alone; 51 beginners was the record high in just one beginner session.

Thanks to the dynamic foursome that organizes the Stone Harbor Pickleball program, it can be! “Nancy Cunard, Kim Jackson, Phyllis Kilgour and Michele Storb have created an inspiring culture on our courts unlike anything I’ve ever seen,” beamed Borough of Stone Harbor’s Director of Recreation & Tourism, Miranda Duca.  “They are a triple threat on court. Their personalities, patience and passion for the sport encourage players not only to learn the game properly, but have a blast while doing so. I am incredibly grateful to them for donating more than 240 hours of their time and energy on court each summer developing such a inclusive and wholesome benefit to our community.”
All four women are Stone Harbor property owners and have a deep connection with Stone Harbor. Kim Jackson summered in Stone Harbor since 1985 and ultimately bought a home in 1995. Kim was a teacher and taught pickleball for 25 years in physical education classes in West Chester, Pennsylvania.
Phyllis’ family came to SH over 60 years ago and eventually bought her house in 1976 that she owns today. Phyllis, also a teacher, taught pickleball for 30 years in physical education classes at Radnor HS in PA.

Stone Harbor Michele grew up summering in Stone Harbor since she was a child, and has owned a home in Stone Harbor for the past fifteen years.  The healthy competition pickleball inspired between the Storb Family; Michele, Lewis, and children Malin (25), Marc (22), Mitchel (21), and Michael (17), epitomize the old saying “a family that plays together, stays together.”
And don’t let Nancy’s modest and humble persona fool you on court. She is a tenacious Pickleball player who has been playing actively for eight years. She is the first to greet you with a warm smile and is the driving force behind the camaraderie created on court. Nancy spent her summers in Stone Harbor with her family since 1943 and has lived in Stone Harbor full time for forty years.  She created, owned, and operated the adored The Bread & Cheese Cupboard for thirty-four years on 96th St in Stone Harbor, NJ.

Phyllis, Michele and Kim play in the US Open Pickleball Championships annually. Phyllis and Kim both medaled in the prestigious pickleball tournament; The Huntsman Games hosted in St. George, Utah.  Needless to say, there is no shortage of talent instructing the Stone Harbor Pickleball program.
In 2017, Stone Harbor Recreation hosted two tournaments greeting 180 players to our first-rate facilities on 82nd St.  Back by popular demand, Stone Harbor Recreation is gearing up to host the 2nd annual Spring Pickleball Tournament June 23-24, 2018 for ages nineteen and up.  “Younger people are getting involved which helps with the growth of the sport,” said Phyllis Kilgour an official USA Pickleball Association (USAPA) Ambassador and Stone Harbor Pickleball Coordinator. “It’s wonderful to offer a tournament to local and regional players to not only expose our top-notch facility, but offer an opportunity for younger players to get tournament experience since the ages groups range from 19-70+ years.  I have witnessed the talent progress in just a few short years and the level of competition has certainly risen. My advice to future generations would be if you aren’t immediately successful, stick with it, and growth will happen!”
​
The resonating message from our volunteer coordinators; Pickleball keeps you active on-the-court, develops lasting friendships off-the-court, and be prepared to get addicted!
Mayor Davies-Dunhour and Borough Council recognized the volunteer efforts of these four exceptional individuals at the Borough Council meeting on Tuesday, June 19, 2018.